Are Hands-Free Devices Safer When Driving?

Breaking Down the Myth That Hands-Free Equals Risk-Free 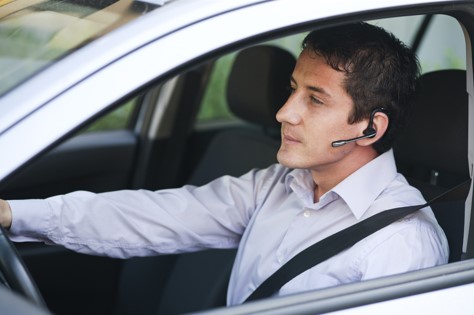 Cellphone use contributes to many distracted driving car accidents in California. While many drivers are aware of the dangers of using a cellphone while behind the wheel, they still practice this unsafe driving behavior and are putting themselves at a higher risk of being in a car accident.

The NSC reports that talking on a cellphone while driving increases the risk of being in a car accident because it requires the driver to multitask between two cognitive activities in the brain. Because driving and talking are both thinking tasks, a driver's brain has to switch between the two cognitive activities, putting them at risk behind the wheel because they are not able to focus on the road 100 percent of the time.

Studies have found that using a cellphone while driving distracts the driver's brain, and can affect the way a driver processes visual movements while driving. In fact, studies found that a driver's ability to process movement decreases by 37 percent when they are listening to language, such as talking or listening on a cellphone.

This is why using a cellphone behind the wheel is so dangerous and can lead to devastating car accidents in the U.S.

Is Talking On Bluetooth While Driving Illegal?

California law on hands-free devices depends on the age of the driver. If a driver is over 18, they are permitted to use Bluetooth or other in-ear devices, but are not allowed to use devices that cover both ears. These drivers are also allowed to use car speakerphone devices.

If a driver is under 18, they are not allowed to use any device while driving, hands-free or not. The one exception to this rule is when calling 911 in an emergency situation.

Hurt By A Distracted Driver? Get Help Today!

If you have been hit by a distracted driver and suffered injuries, you may have grounds for a personal injury lawsuit. Contact our lawyers at Casper, Meadows, Schwhttps://pubmed.ncbi.nlm.nih.gov/19433208/artz & Cook today to discuss your accident and determine what compensation you may be eligible for.

Initial consultation is free of charge.