Study Finds Daydreaming to be Major Cause of Fatal Car Accidents

Data Shows That Daydreaming Is the Most Dangerous Distraction Drivers Face 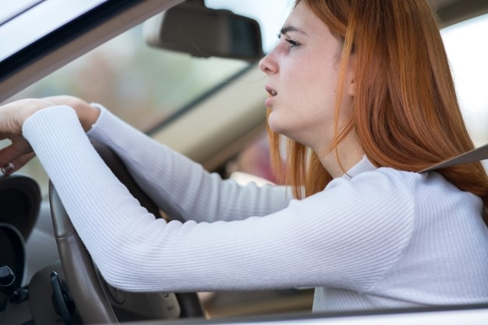 California's laws against distracted driving are among the most comprehensive in the nation, and enforcement of these laws is often just as thorough.

Texting while driving and using a handheld cellphone while driving are illegal, but it is important to remember that these aren't the only sources of distraction behind the wheel. Recently, one insurance company released a report showing that among 172,000 car accident fatalities in recent years, 1 in every 10 were attributed to distracted driving. Further analysis revealed 10 common types of distraction involved in these fatal crashes.

The company, named Erie Insurance, examined 2012-2016 data from the Fatality Analysis Reporting System, which is a car accident database maintained by the National Highway Traffic Safety Administration. After analyzing the data, the insurer found that cellphone use accounted for only 14% of distracted driving accident fatalities.

Daydreaming or being "lost in thought" was the most common distraction, and accounted for 61% of car accident deaths. Other distractions accounted for small percentages of the accidents. These included:

How Do You Prevent Daydreaming While Driving?

Zoning out or daydreaming while driving is something that affects most drivers. This may be especially common among commuters who drive a long distance to get to work each day or drivers who work long shifts and are often required to drive while fatigued. Daydreaming may also be a common occurrence among road-trippers and long-haul truck drivers. Here are some quick tips to help you avoid zoning out while driving:

Mind wandering can take place most often when a driver is bored or tired. Take frequent breaks and don't push yourself to keep driving beyond when you should. By taking steps to limit daydreaming while driving, you may save a life.

Humans are creatures of habit. Unfortunately, this often causes us to mentally "check out" when we're behind the wheel or to focus our attention on things other than the task at hand. All California drivers should reexamine their own driving habits to see what their biggest source of distraction is. Laws against distracted driving are a good thing, but we must each make the choice to stay focused and distraction-free each time we get into the driver's seat.

If you are ever injured by a distracted driver, our legal team at Casper, Meadows, Schwartz & Cook can help you get back on your feet. Call today to get started.