What Is a Truck’s No-Zone?

Driving down the highway or stopped at a red light, you may have seen a sign on the back of a semi-truck stating, “If you can’t see my mirrors, I can’t see you.” These signs are more important than you might think; they warn drivers about a truck’s no-zone, an area of zero visibility around the truck. But what is a truck’s no-zone, and what does it mean for highway safety? 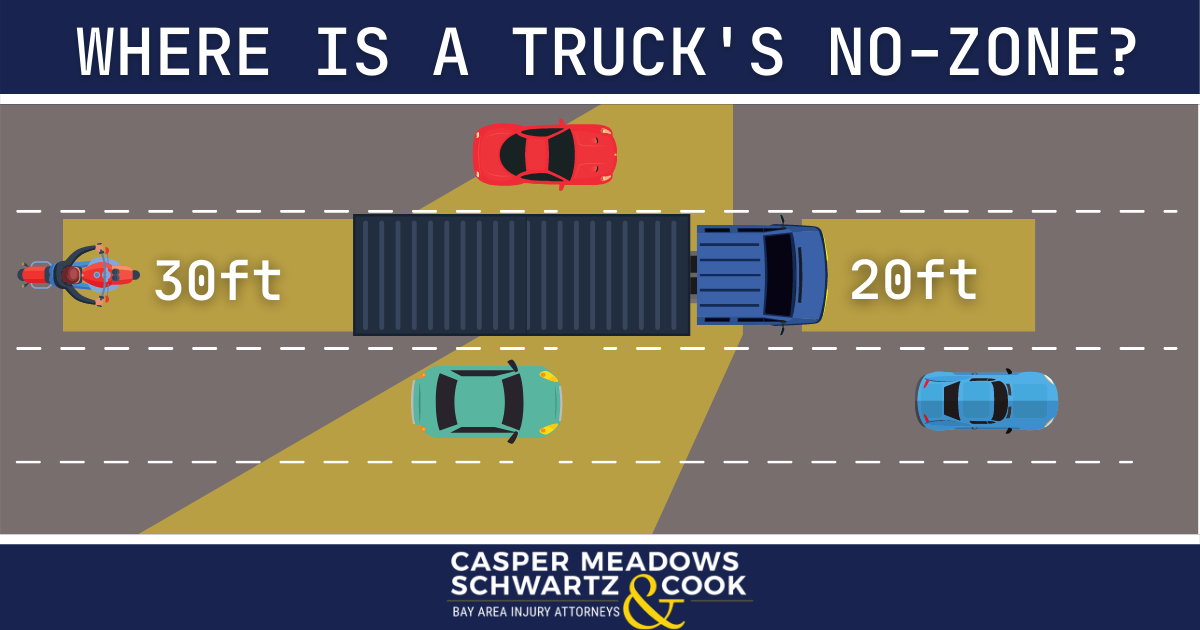 The graphic above illustrates the no-zone of a standard American tractor-trailer. This is an area of zero visibility, meaning truckers cannot see anything in the yellow zones.

A trucker has no rearview mirror, and most don’t have backup cameras. That means they typically can’t see the first 30 feet behind their trailer. If a car following too closely attempts to pass the trucker, they’ll move from one part of the no-zone to another and the trucker may never see them.

The side-view mirrors are angled to see far behind the vehicle. That means truckers typically can’t see what’s directly beneath the driver-side window, even if cars alongside them can see their mirrors.

The passenger-side mirror is concave, like a bubble, and has an even larger no-zone. In most cases, a trucker cannot see anything in the two lanes to their immediate right. This makes passing trucks on the right especially dangerous as the trucker may have no idea someone is there until they attempt to merge.

When driving around large trucks on the highway, the best thing you can do is give them a little extra space, about three car lengths, whenever passing or merging. The truck driver will appreciate your considerate driving and you’ll be much less likely to end up in a crash.

If you or someone you love suffered serious injuries or even wrongful death in a trucking crash, we are here for you. If you’d like to schedule a free case consultation with an experienced Walnut Creek personal injury attorney from Casper, Meadows, Schwartz & Cook, please don’t hesitate to give us a call at (925) 275-5592 or send us an email.
Posted By Casper, Meadows, Schwartz & Cook
Categories: