Can I Sue for Car Accident Damages If I Was Partially At-Fault? 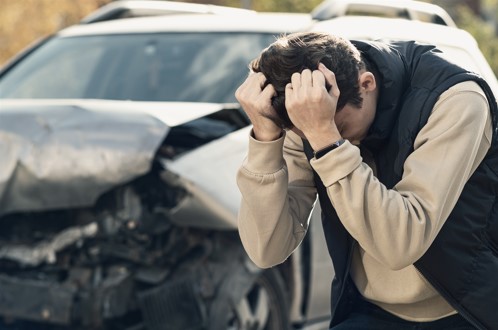 Can You Still Sue If You're At-Fault in An Accident?

After the breaking glass and contorting metal of a head-on collision or other serious car accident has ended, the process of sorting out liability begins with the police accident investigation. Sometimes, the evidence points to one negligent driver, such as in a drunk driving accident. At other times, there might be fault on the part of multiple people including an accident victim with a serious injury.

Can You Be Partially Liable for an Accident?

Car accident victims in Contra Costa County who have suffered a brain injury or other serious injury are not prevented from suing for damages even if they are partially at fault in causing the accident or in causing their injuries. For example, an accident victim who was injured in a car collision with a distracted driver who was texting and driving can still sue the negligent driver even though the victim might not have been wearing a seatbelt.

Although the failure to wear a seatbelt might have contributed to the seriousness of the injury, it might play a factor in the amount of compensation awarded by the jury, but it would not be a bar to filing a lawsuit. This is because California is a comparative negligence state.

How Comparative Negligence Works in California

Comparative negligence laws allow jurors to weigh the comparative fault on the part of each of the parties in a lawsuit stemming from a car collision. If, for example, an accident victim is found to 30 percent negligent for not wearing a seat belt, the amount the jury would have awarded in compensation against the negligent driver is reduced by 30 percent.

Personal injury is a complex area of the law involving issues of negligence and comparative negligence that are beyond the scope of this posting to cover in detail. This posting is not offered as legal advice that should only be obtained by victims of car accidents from a Walnut Creek car accident attorney.

If you have been the victim of a car accident, even if you may have been partially responsible, our team of injury lawyers can help you pursue the compensation you deserve.